This page has global informations regarding Discord security bot, Wick.

We are working on the third version of Wick! Everything on these documentations is based on the second version of Wick, the current version. Stay tuned for the release of V3. [Wick will be a total badass!] PS: If you want to know more about the works on the upcoming version, join the support server. As usual, thanks for the awesome support you have shown and still are showing. Now enjoy the rest of the docs.

Wick is a Discord security bot made to stop all types of nukes, spam and raids and it doesn't stop just there, Wick has a lot of utility security commands that can make server owners' lives better.

What is a nuke?

A nuke is where users with dangerous permissions sabotage the server by deleting all roles, deleting all channels, creating endless channels/roles or banning/kicking everyone in the server leaving chaos for the server owner to deal with.

What is a raid?

As said before, there are a lot of types when it comes to raiding and nuking.

How can Wick stop nukes and raids?

Wick monitors your server 24/7 for any abnormal activities. If there's a nuke attempt (sudden/smart deletion/creation of roles/channels or mass users kicking/banning), Wick will instantly react and remove all roles of that account. It will also check for any mess left (like giving dangerous permissions to @everyone) To Wick, there are two types of accounts: Normal and suspicious. Wick treats suspicious accounts harshly. They are accounts prone to causing chaos. Wick won't even warn them, it will straight up punish them. Normal Accounts are treated less harshly, that doesn't mean that they are immune. They will still be dealt with, however, more lenient.

What's the difference between normal and suspicious accounts?

Wick will handle both bots and humans. Wick knows no mercy.

Can Wick do other things?

Wick can do quite a bit extra. It detects nsfw websites posted in safe-for-work channels, it prevents malicious/phishing/ip-grabbing websites and it stops people that advertise and post discord invite links. Keep in mind that Wick watches attachment (images/files) and link/embed spam. *PREMIUM*: Wick will send a smart verification via dms to the suspicious users joining. The verification message has hints as well, something bots can't figure out. Wick will also stop raids before even happening! It will keep an eye on accounts joining your server and if there is anything abnormal, suspicious accounts will be dealt with (Normal accounts are not touched) and the invite link responsible if found will be deleted. Premium Wick has an advanced anti-spam/raid and anti-nuke systems. Many more filters are implemented. It also has webhook protection. Wick also watches uppercased messages. 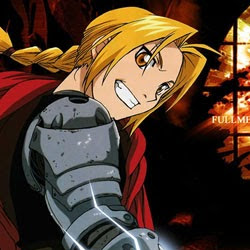 Last updated 4 weeks ago
Contents
What is Wick?
What is a nuke?
What is a raid?
How can Wick stop nukes and raids?
Can Wick do other things?